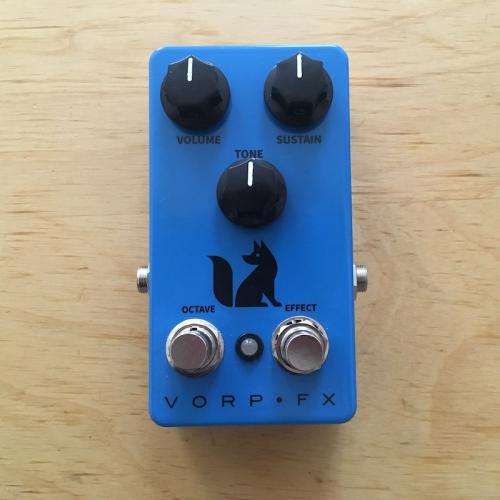 This is a recreation of my favourite fuzz pedal, a classic that was first released in 1971 and then so often resurrected by other companies that it surely earns a place among the Top 5 Fuzzes of All Time. Four transistors and Germanium diodes attempt to destroy your guitar signal as best as they can. It never goes totally crazy, but it offers distortion from crunchy to pretty crazy, and from creamy to abrasive. The second footswitch adds an octave up for extra intensity (works best when playing on the neck pickup and above the 12th fret). A bi-color status LED indicates whether the octave is on (green) or off (red). Requires a 9V DC power supply.

PEDALS MADE: 1
CURRENT STATUS: OUT OF STOCK
FUTURE AVAILABILITY: MADE TO ORDER ONLY

I have a slight obsession with this circuit, which may have to do with the fact that it's also the first fuzz I ever owned. That is, I never owned a fOXX Tone Machine, but I do own its cheapo copy, the Danelectro French Toast, which was designed by the very same person. My relationship with the French Toast is an ambivalent one because I love its tone, but hate its switches. The octave switch is just too tiny to be easily switchable while playing, and the footswitch is flimsy and I never know whether the pedal is on or off when I stomp on the switch because sometimes it just doesn't work and there is no status LED to tell me if it is on or off.

It's for this reason that I always wanted to build my own version of this pedal - in a proper enclosure, with a status LED and with proper footswitches for both the effect and the octave. And that's pretty much how the Fox was born. By the time I started this project, I was versed enough with the soldering iron and the power drill that it fit smoothly into the box (albeit without a battery option) and that it worked instantly without any time spent on troubleshooting.

Comparing the Fox to my MXR La Machine, which is also based on the same circuit, reveals that it sounds much warmer and needs very different knob settings to arrive at the same tone, so I may be playing around with alternative versions of this circuit a little bit. 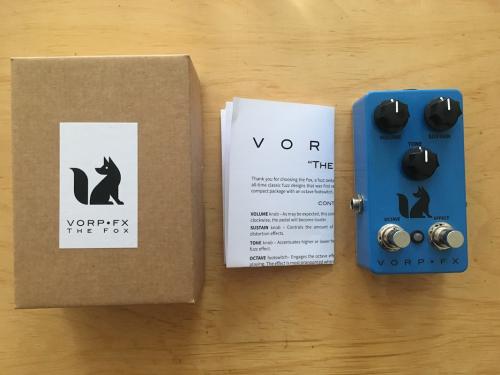