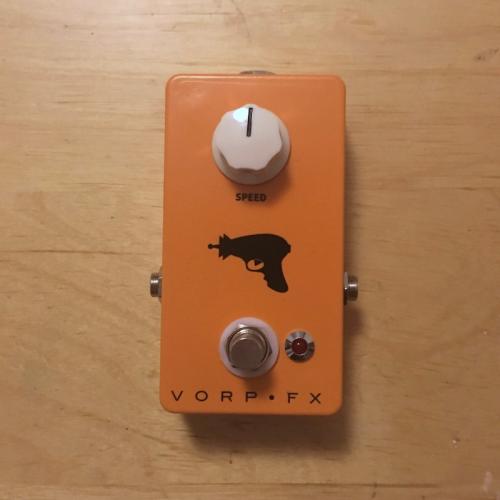 I called this the Raygun because it's a phaser and I wanted to make a silly pun. It is a subtle two-stage phaser which provides nice tonal colour without dominating the sound. Like the phasers that inspired it, it has simple one-knob operation. You can adjust the speed, everything else is set in the circuit.

This is a collaboration with Musikding.de, their take on a Phase 45-style pedal. They provided the PCB, I assembled it and put it in a nice orange box for which I also made the graphic design. In fact, "put" may be a bit of an understatement, for it felt more like squeezing it in because it was such an extremely tight fit for a 1590B enclosure. I had to resort to smaller jacks, and there was definitely no space to provide battery operation.

I built this because I wanted to own a phaser but was never really convinced to shell out €100+ for a pedal that didn't sound as if I might be using it a lot. Just to confirm my suspicions, while it does sound cool (I especially like that it's fairly subtle and unobtrusive, just a tint on the sound), it turned out to be not very useful for the music I'm making, so after some deliberation I decided to sell it. I'm not planning to build any additional Raygun pedals in the future. 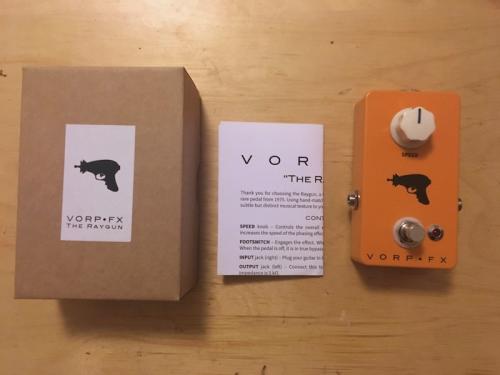