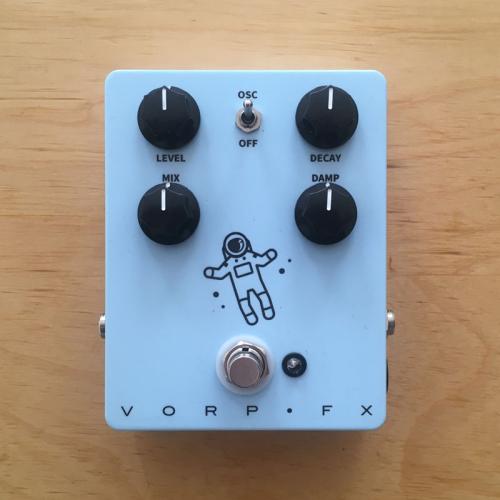 The Astronaut is in fact the Chasm Reverb by Deadastronaut, assembled by myself and put in a box of my own design. It's a particularly nice ambient-ish reverb that can go into self-oscillation or just pleasantly hold atmospheric tones for long periods of time. It's pretty unique in what it does, and it's perfect for the ambient guitar music I'm playing. The knobs set the overall output level, the mix of wet and dry signal, oscillation on/off, signal damping (a low pass filter), and the length of the reverb decay. The combination of the Damp and Decay settings heavily affects if and how the signal will go into self-oscillation. No battery operation; requires a 9V DC power supply.

PEDALS MADE: 2
CURRENT STATUS: OUT OF STOCK
FUTURE AVAILABILITY: MAYBE

it's a really great sounding reverb pedal. It's based on the Belton brick, but doesn't sound like it because it uses a clever architecture and self-oscillation to extend the reverb trail to impressive lengths. Think Brian Eno's Apollo, and you get a good picture of just how atmospheric it is. Or check out Deadastronaut's demo video.

Deadastronaut sells the PCB for this pedal so that everybody with a lust for adventure and a soldering iron can build their own. I made two versions of this which differ only in the knob layout, plus 8 months more soldering experience. Especially the latter really paid off - compared to building the first one, the second one was finished quickly and painlessly, without any need for troubleshooting. I built the second Astronaut mostly because I always felt that the knob layout on the first one was a bit inconsistent with the design of my other pedals, and it was very interesting to see how different building the same pedal felt with the added experience. 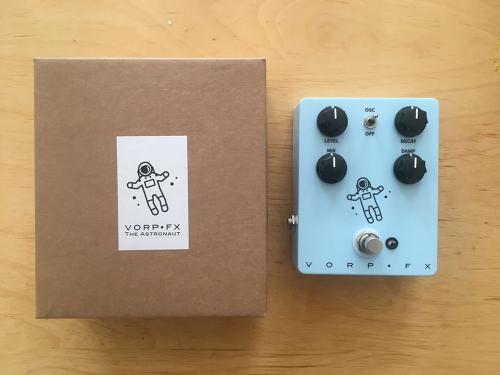 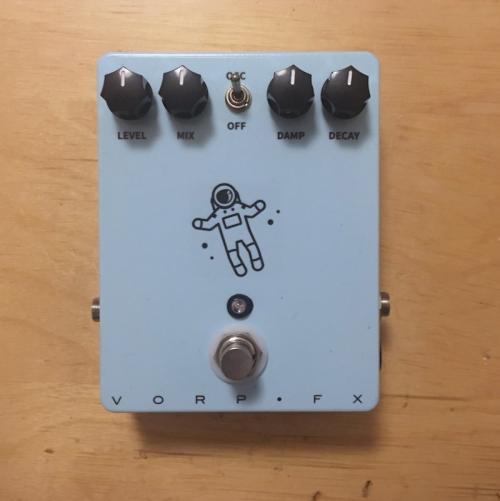 Building the first one was something of a journey. First I wanted a different knob layout, then I decided to just go with PCB-mounted pots as suggested, then I found that the holes I had drilled in the enclosure didn't fit because my printout of the drill template didn't have the correct spacing, so I had to use wire connections anyway, then one of those connections was bad and I didn't get a dry signal at first... ah, the joys of DIY pedal building! But everything was fixed in the end and I happily used this reverb on my board until I built the second one. The picture above shows the pedal with the knobs that I used orginally; as they were quite tight together, I later swapped those for taller, thinner ones that were easier to manipulate. The picture below shows the pedal with the new knobs.