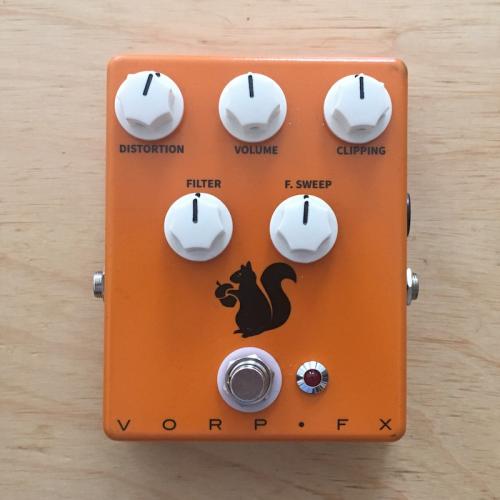 The Squirrel is a much enhanced and tweaked version of a famous pedal named after a different rodent. It offers an additional tone control ("Filter Sweep") to adjust the threshold for the low pass filter, and no less than five clipping options for different distortion flavours (symmetrical Ge/Ge, Si/Si and LED/LED clipping as well as asymmetrical Ge/Si and Si/LED clipping). Unlike the pedal that inspired it, it uses a TL071 opamp for a smoother, more squirrely tone.

This was the first pedal I ever built and boy did I suffer during the process. Drills that were too small, hours of troubleshooting, lacquer that didn't dry for days - I went through the whole lot.

The idea for the Squirrel started after I had successfully done several modifications to my ProCo RAT and wanted a prettier-looking version for my pedal board. I had also been playing around with a plethora of different opamps inside the RAT, and had come to the conclusion that the TL071 responded better to Germanium diode clipping and asymmetrical clipping than the LM308 or the OP07. It just didn't sound like a RAT anymore, but more like a more glamorous rodent... like a squirrel. 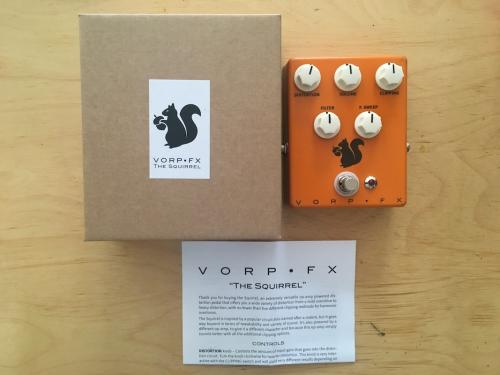