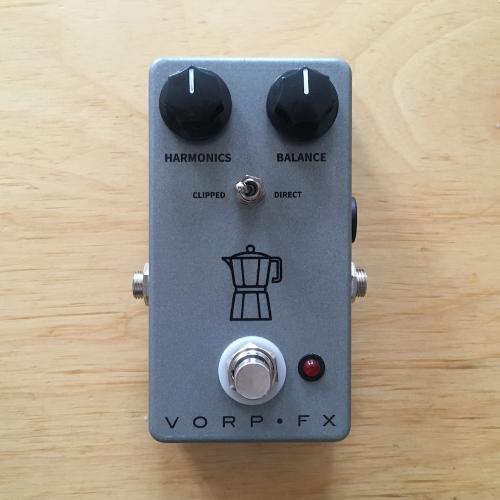 The Espresso is an attempt to revive a rare fuzz pedal from the early 1970s that has achieved something of a cult following after it was used by producer/musician Steve Albini in numerous recording sessions. The sound is wild, chewy and abrasive, and has a very distinct flavour. At low gain settings, it merely adds compression and harmonics, but it quickly breaks into an aggressive fuzz tone with the gain knob around the 1 o'clock mark. The clipping stage can be bypassed with a toggle switch, which allows the pedal to be used as a compressor or clean boost. Requires a 9V DC power supply.

The Interfax Harmonic Percolator, on which the Espresso is based, is a fairly unique circuit in that it pairs a germanium PNP transistor with a silicon NPN transistor and sends the results through a clipping stage of germanium diodes. The result is supposedly very rich in even-order harmonics, which account for the typical and easily identifiable sound of the pedal.

With none of the original germanium transistors and diodes available (all I found was counterfeits), I had to find suitable replacements. The first six pedals were built with different combinations of components that I could get hold of; in the end they all sounded very similar, with only minimal nuances of a bit more or less warmth. I used two different types of Russian germanium diodes and also some standard 1N34A diodes; it turned out that some of these produced better results with a certain Japanese transistor, and one type sounded better with a certain Russian transistor. All of them sounded thick, abrasive and very pleasing to my ears, pretty close to "a chewy, fuzzed-out ball of hair and gristle", as one reviewer has described the original Harmonic Percolator.

Then I actually managed to get hold of a pair of the extremely rare 1N695 diodes used in the original pedal. I measured them, checked their sound, looked at datasheets and found that the Russian diodes I had been using in pedals no. 5 and 6 had near identical specs and no audible sound difference. As a result, I kept using these in all subsequent builds. 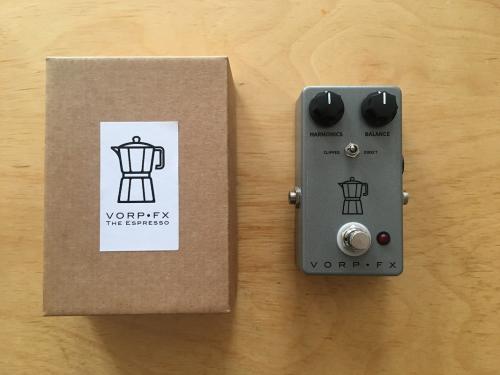 As I wrote above, the first six Espresso pedals use different combinations of germanium transistors with germanium diodes. The tonal differences are, however, so minimal that it does not seem necessary to list them as individual variations. 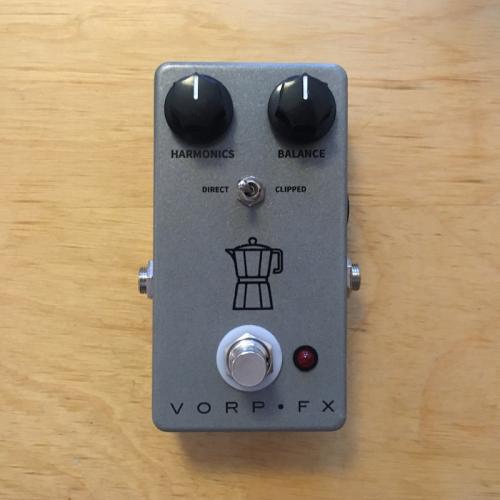 The first two Espressos that I built had the "Direct" position of the toggle switch on the left and the "Clipped" position on the right. Starting with pedal no. 3, I put "Clipped" on the left because it is considered the standard position. 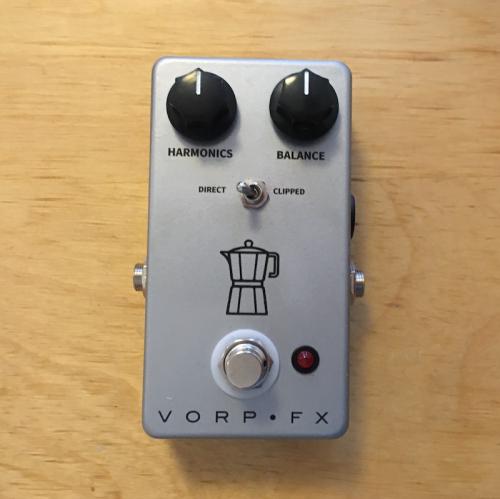